Home » In-News » DSSSB: 60,000 posts in the various departments of the state government vacant

DSSSB: 60,000 posts in the various departments of the state government vacant 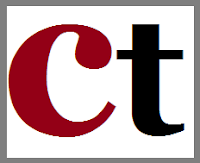 New Delhi: BJP has alleged that there are more than 60,000 posts in the various departments of the state government and municipal corporations lying vacant. Party said that  responsibility for selecting the right candidates for filling these posts lies with the Delhi Subordinate Services Selection Board (DSSSB).

The Leader of Opposition, Vijender Gupta held the Delhi government directly accountable for more than 60,000 posts in the various departments of the state government and municipal corporations lying vacant. He said that responsibility for selecting the right candidates for filling these posts lies with the Delhi Subordinate Services Selection Board (DSSSB), which is an agency of the Delhi government. He said that the government has not made any provision to fill these posts, as a result of which, the common masses are suffering from severe lack of basic services.

He further said that the posts of teachers that were notified in 2010 and the test for which was conducted four years later, still remain vacant. As a result, 6,50,000 students in Delhi are being deprived of their right to education. According to the government, posts of 15,402 teachers in the Delhi government schools are lying vacant, for which DSSSB has not announced the exam results. The same fate is being meted out to Health, Labour, and Transport Departments along with the three MCDs.

Gupta has demanded that the state government dissolve the DSSSB and make new arrangements to fill the vacant posts. During the elections, AAP party leaders had promised that they would regularize the lakhs of contractual workers. The present situation is such that the education, health and other services are crumbling due to lack of employees while the government acts as a mute spectator.

Sh. Gupta informed that the DSSSB was established in the year 1996. Prior to that, the demand for employees was fulfilled as per the requirements of the Delhi Municipal Corporation and other departments under the Delhi government. The above-mentioned mandate was given to the DSSSB, which it has failed to discharge.

Vijender Gupta had raised the issue in the Delhi assembly and demanded DSSSB’s withdrawal, which comes under the jurisdiction of the government. However, it did not take any timely action, as a consequence of which, now, Delhi government has submitted to the court the reason for shortage of teachers in Delhi schools to be the abject failure of the DSSSB.