Mumbai: Hitman Hashmi fans, who are waiting to catch a glimpse of their favorite actor in the upcoming con caper ‘Raja Natwarlal’ can now finally mark the dates on their calendar.

The trailer of UTV's ‘Raja Natwarlal, directed by Kunal Deshmukh, is slated to be attached to Salman Khan’s ‘Kick’, which releases this Eid, ensuring that the masses have a double treat this Eid. Also starring Paresh Rawal, Humaima Malik and Kay Kay Menon, ‘Raja Natwarlal’ shot in Mumbai, Dharamshala and Cape Town, will present the dark horse of Bollywood in a ‘never-before-seen’ avatar.

Emraan Hashmi, or ‘Hitman Hashmi’, as he is known for his spate of hits, has proved time and again that when it comes to consistency and success, he has no equals and if the first look poster of the film is anything to go by, the ‘darling of the masses’ will be soon adding another feather to his cap with this film. 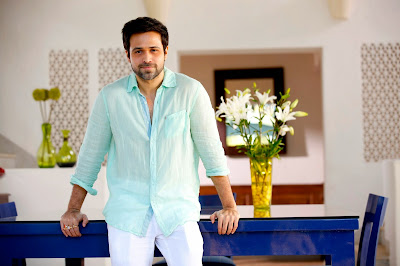 After films like Murder and its sequel ,Jannat,Raaz 2 and The Dirty Picture , the actor famously known as ‘hero of the masses’ , has carved a niche for himself, with a fan base that very few in the industry enjoy .A favorite at the box office ,Emraan Hashmi has also managed to get cash registers ringing for films made on small budgets. While Murder was made on a budget of 19cr, the film grossed over 58 Cr worldwide, Jannat collected Rs.32,47,00,000 in 5 weeks, a considerable amount for its small budget. Murder 2 collected 36.5 crores in its first week while Raaz 2 grossed over Rs.30 crore at the box office, making it the highest grossing horror film in India.