Mumbai: It was quite an eventful night on Wednesday, when the newest entrant of Bollywood Armaan launched the trailer of his film ‘Lekar Hum Deewana Dil ’at producer Dinesh Vijan’s residence. Grandson of showman Raj Kapoor and son of Reema Jain - Armaan Jain has set his foot perfectly right in the industry.

Lekar Hum Deewana Dil is directed by Arif Ali, Imitiaz Ali’s brother and the music has been composed by AR Rahman, which is touted to be very upbeat, young and vibrant and nothing that we have heard. 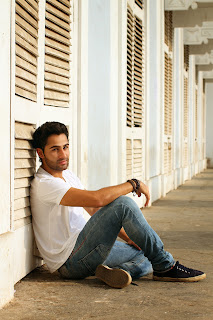 The trailer of the film has already become viral on social netwroking sites and is well received by the industry insiders and the audiences.Which makes us believe , Armaan will make quite a grand entry in Bollywood.

An entertainer for the youth by the youth - Lekar Hum Deewana Dil is all about making mistakes and growing up as it takes audiences through the journey of two friends who take decisions, face consequences and learn from them. It reflects the "act first, think later" sentiments of today's youth and how relationships fail over unrealistic expectations.