New Delhi: Indian Men Hockey team is all set for its sights on the upcoming 17th Asian Games 2014 scheduled to take place in Incheon, South Korea from 19 September – 4 October 2014.

Riding high on their splendid outing in the XX Commonwealth Games 2014, the Indian Men team were seen practicing even more rigorously to leave no stones unturned and strike gold at the Asian Games, to book their berth for the 2016 Rio Olympics.

The team comprising of 16 members will be led by Captain Sardar Singh (191 caps) and will see the acrobatic goal-keeper P R Sreejesh (106 caps) taking charge of the Vice-Captain’s responsibilities. Taking Sri Lanka head-on in their opening match on 21 September 2014, India will be seen taking on Oman on 23 September, followed by the most awaited match against Pakistan on 25 September 2014 and China on 27 September 2014. 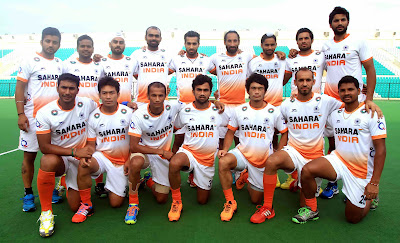 Speaking on the preparations, Captain Sardar Singh said, “We are aiming for a clean sweep and with the confidence in the camp I feel that we will be able to achieve the goal. Our first match against Sri Lanka is crucial as starting a tournament on a winning note will boost the morale of the team and will help continue the winning dominance”.

Speaking on the team leaving for the Games, Chief Coach Terry Walsh said “The team is all pepped up for the Asian Games and the boys are confident of winning the Gold. With the same team like the Commonwealth Games 2014, the entire team is in sync with each others play and hoping to continue their seamless play yet again at Incheon”.

The 17th Asian Games will see a total of 10 teams divided into two groups. India is placed along with Pakistan, Oman, China and Sri Lanka in Pool B.