Home » Entertainment » Had gone through similar incident in my childhood as movie TAPAAL: Mangesh

Had gone through similar incident in my childhood as movie TAPAAL: Mangesh

Ask Laxman how did he associate with Mangesh and he says, "I had long back thought about making a Marathi film. But when I was shooting as a cinematographer for Mangesh Hadawale's DEKH INDIAN CIRCUS, I discussed about it with Mangesh and asked him to write a nice story for me. He wrote a beautiful story and that is how TAPAAL started." 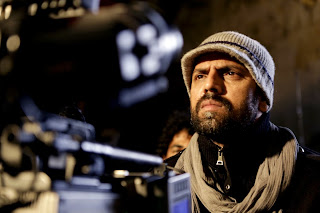 Adds Mangesh, "I have known Laxman for a long time now. There were many common factors between us like - we haven't taken professional training in filmmaking, we both are hardworking etc. over which we bonded. And he discussed the idea of directing a Marathi film and asked me to write a story. I had the story of TAPAAL in mind because I have gone through a
similar incident, like the one in the film, in my childhood."

However, quiz Mangesh about what instigated him to turn creative producer from being a director, for TAPAAL and he reveals, "When Laxman's film was coming out well in terms of scripting, I came in contact with Maitreya Mass
Media. I made them hear the script which they loved and decided that it would be great if Laxman directs TAPAAL, keeping his cinematography background in mind. But this was Maitreya's first film. They had money but didn't know the process of production. They needed a reliable person and that is why I came in as a creative producer.