Mumbai: Pakistani actor Fawad Khan and fashionista Sonam Kapoor both are leaving no stone unturned for their promotion for their upcoming movie‘Khoobsurat’. Recently they were in Capital for the same.

On the occasion versatile actor Kirron Kher also accompanied then at the press meet. Khoobsurat is a Hindi Romantic comedy film, directed by Shashank Ghosh and produced under the banner Walt Disney Pictures, UTV Motion Pictures & Anil Kapoor Films Company. The is stars Sonam Kapoor & Fawad Khan in the Lead roles and the film is set to be released on 19th September,2014. 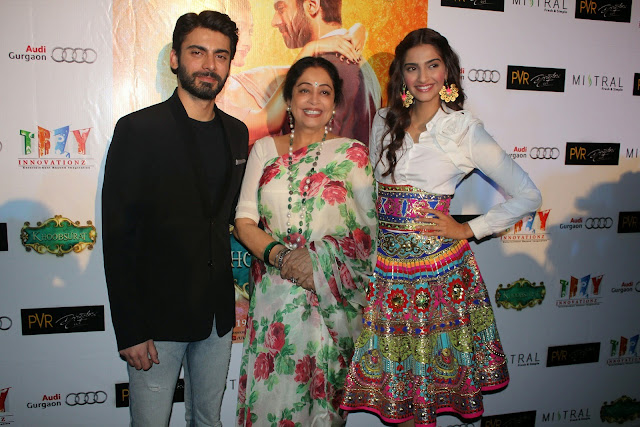 On the event, Pakistani actor who is debuting with the film, Fawad Khan said, "Its quite a fun working in bollywood, and It was a great opportunity that I got to work with such veteran actors like Kirron Kher & Ratna Pathak and Sonam is fun to work with. The film is very entertaining and worth spending money."