New Delhi: PVR Cinemas through its brand new platform PVR LIVE brings all art lovers and theatre enthusiasts an opportunity of a lifetime to experience the exquisite and beautiful ballet Swan Lake alive on-screen in 3D! rendition of the longest running modern day classic weave magic on the screen in 3D for a larger-than-life experience.

When it premiered at Sadler's Wells in 1995, Matthew Bourne's triumphant re-interpretation of Swan Lake turned tradition upside down, taking the dance world by storm. An iconic production, perhaps best-known for replacing the traditional female corps de ballet with a menacing male ensemble, it was filmed in 3D at Sadler's Wells, London in 2011. The stellar cast includes the magnificent Richard Winsor as the lead Swan/Stranger, Dominic North as The Prince and Nina Goldman as The Queen. 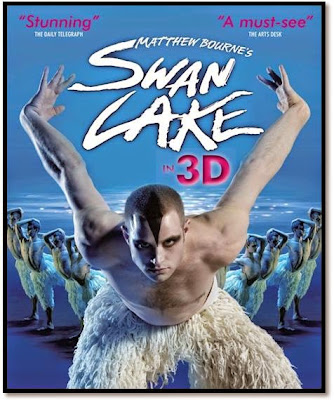 With more than 30 international theatre awards; including three Tonys and an Olivier, Swan Lake has been acclaimed as a landmark achievement on the stage, becoming the longest running ballet in the West End and on Broadway.

Breathtaking in its drama and intensity, filming in 3D creates an illusion of space around the dancers, drawing you onto the stage and bringing a dramatic realism to the story.