Popcorn Sports and Entertainment Ventures into MCL and BCL cricket

0 Sports
A+ A-
Print Email
Bollywood and Cricket are loved by millions of people  all over the world. The relationship between Bollywood and cricket goes a long way, celebs from both the industries have made headlines together. 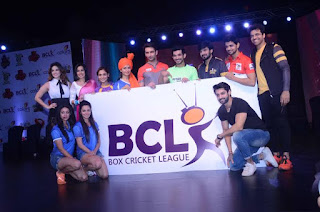 Recently Pooja Jhunjhunwala  of Popcorn Sports & Entertainment Pvt. Ltd. the biggest patrons of sports & entertainment in the country has became the proud owners of “LIBRA LEGENDS” where Former India skipper Sourav Ganguly will be playing for the Libra Legends franchise in the Masters Champions League (MCL), the first of its kind tournament in the United Arab Emirates (UAE).