0 Entertainment
A+ A-
Print Email
Satyajeet Dubey who has charmed his way into the industry with films like ‘Always Kabhi Kabhi’ & ‘Baankey Ki Crazy Baraat’ with his chocolate boy looks, has given up his regular avatar for his upcoming film ‘Kerry On Kutton’. Considering the film is based in a town of Baliya in Uttar Pradesh, Satyajeet who’ll be essaying the role of ‘Kerry’ had to transform into a typical casanova. 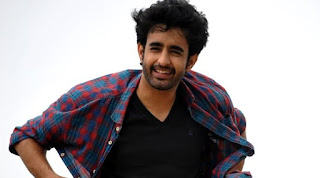 Satyajeet who weighed around 70 kgs before the shoot of this film slimmed down to 60 kgs to look like a fit yet not so rugged small town 'launda'. However after the completion of the first long schedule, he started shooting for another film and had to bulk up for it. Later he was asked to join the second schedule for which he had to appear lean again and did the needful by running kilometres together everyday.

Coming back to his character 'Kerry' in the film, the twist happens to be that he's trying his luck to lose his Virginity. There happens to be an interruption everytime his ‘Vijay’ decides to give the situation a standing ovation.

'Kerry On Kutton' is all set to release on the 3rd of June.
https://youtu.be/jceXcz1Pl_0