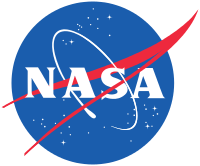 Scientists have been able to create a global topographic map of the planet Mercury which was released recently. the images captured by the MESSENGER spacecraft during its over 4,100 orbits around Mercury.

NASA’s MESSENGER ended its four-year long extended mission by crashing on the surface of Mercury.

Messenger has revealed many facts about the planet Mercury  surface, including its highest and lowest points.

Mercury’s lowest point lies in the Rachmaninoff basin which is located in the northern hemisphere. The point is about 3.34 miles below the planet’s average elevation.

The highest point on the planet is located just south of the equator which  is 2.78 miles above its average elevation.

Facts about Messenger: It was launched in 2004 and it continued to operate for over three years after completing its primary mission in 2012 During its journey, it has captured nearly 300,000 images during its 4,104 orbits.