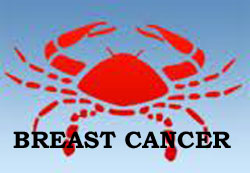 Despite the all precautions and awareness program by various agencies, it has been witnessed that the rate of increasing case of breast cancer among the women is serious concern. In what is being seen as an alarming medical trend by doctors, the incidence of breast cancer is rapidly increasing among younger women in India, with more than 40% of the patients now below 50 years of age.

“Till as early as 10 years back, breast cancer was largely considered a disease of elderly women. In fact, age is still considered a major risk factor for breast cancer across the world. However, this medical belief is now on shaky ground with the changing features of the disease being manifested in patients today. Unlike a decade back when most women patients diagnosed with breast cancer were above 50, today more women under 50 years of age are being diagnosed with the disease,” says Dr P N Mohapatra, Consultant Medical Oncologist, Apollo Gleneagles Hospital, Kolkata.

Oncologists say the epidemiology of Indian patients is emerging as different from those in the West where breast cancer is still more prevalent in older women.

Dr Deepak Dabkara, Consultant Medical Oncologist TMC, Kolkata says, “Not only are more younger women being diagnosed with the disease, it has also been observed that cancers in younger women are typically more aggressive which do not respond to common therapies and have more chances of relapsing. Among the causes for the surge in breast cancer incidence are factors associated with urban lifestyles such as obesity, lack of exercise, excessive smoking and drinking, delayed age of childbearing and reduced breastfeeding”.

Women diagnosed at a younger age also are more likely to have a mutated BRCA1 or BRCA2 genes which present poor prognosis. Doctors say there is imminent need for more cancer registry centers in the state to gauge the true extent of the problem.

“Unfortunately, most young women do not care about regular screening and some even tend to ignore warning signs because they believe they are too young to suffer from breast cancer. In its very initial phase, breast cancer doesn’t present any symptoms; the earliest symptoms that may manifest include a painless lump in the breast, unusual discharge from the nipple, a change in the breast shape or size, or swelling or lump in the underarm area,” points Mohapatra.

Any notable abnormality in the breast should be immediately reported to a doctor and evaluated for further investigation.

Late stage detection and lack of screening programs are the biggest concerns in India, with more than 60% of the patients diagnosed in later stages of the disease.

“Clinical evidence suggests that the percentage of early diagnosed patients is still abysmally low in India, with less than 10% diagnosed in stage 1 and less than 20% diagnosed in stage 2. This means that as many as 60% of the patients present at stage III or stage IV when it is too late to treat the disease or prolong the life of the person,” adds Dr Dabkara.

The good news is that breast cancer is curable if detected timely, and only increased awareness and better screening practices can ensure improved survival rates.

Another less talked about aspect of breast cancer is the prevalence of the disease in men. Most of the treatment available in India is adapted for women, but men may have breast cancer too, though the disease is rarer in men.
Stay Alert Once You Turn 25 :

Almost half of the breast cancer deaths in India can be preventable if the disease is presented on time. Regular screening not only saves lives by diagnosing the disease at an early stage, but also allows doctors to undertake less toxic and less disfiguring treatments:
Women should be aware of any change in size, shape of breast, or any abnormal discharge. If you find any abnormality, consult a doctor

Mammography yearly after the age of 40 years is recommended to detect breast cancer at an early stage.
=======
Note: Please note that the tips/suggestions mentioned in the article are only for general information purposes to keep you updated about the issue which is expected to common people and these should not be construed/ followed as professional medical advice. We recommend and request you always to consult your doctor or a professional healthcare provider if you have any specific questions about any medical matter regarding the topic.