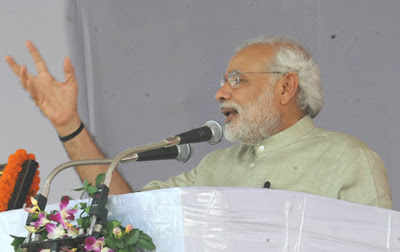 It was the stroke for the PM Modi is known among his countrymen …Yes in announced the much awaited step on the black money for which his opposition leaders used to target him. Yes in a historic  announcements on ending corruption and black money Modi announced that  Rs 500 and Rs 1000  notes will no longer be legal tender from midnight tonight.

In a historical move that will add record strength in the fight against corruption, black money, money laundering, terrorism and financing of terrorists as well as counterfeit notes, the Government of India has decided that the five hundred and one thousand rupee notes will no longer be legal tender from midnight, 8th November 2016.

The Government has accepted the recommendations of the RBI to issue Two thousand rupee notes and new notes of Five hundred rupees will also be placed in circulation. Notes of one hundred, fifty, twenty, ten, five, two and one rupee will remain legal tender and will remain unaffected by the decision today.

Prime Minister Shri Narendra Modi made these important announcements during a televised address to the nation on the evening of Tuesday 8th November 2016. He said that these decisions will fully protect the interests of honest and hard-working citizens of India and that those five hundred and one thousand rupee notes hoarded by anti-national and anti-social elements will become worthless pieces of paper.

1.      Perpetratorsof Uri terror attack would not be spared: PM Modi

Persons holding old notes of five hundred or one thousand rupees can deposit these notes in bank or post offices from 10th November onwards till 30th December, the Prime Minister announced. There are also some limits placed on the withdrawals from ATMs and bank for the very short run.