Home » Top-News » DigitalPaisa launches to transact in a cashless society

DigitalPaisa launches to transact in a cashless society 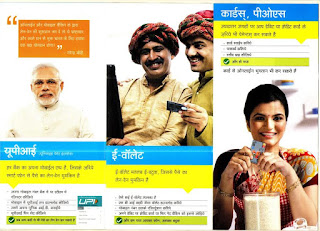 New Delhi: In a bid to  create widespread awareness about the ways and means to transact in a cashless society, now the #DigitalPaisa has been launched in the country. The move is aimed to be play the crucial role to face the situation raised by the issue of demonetization.

Anurag Thakur said that the step is completely revolutionary taken by our Honorable Prime Minster NarendraModiji. He has given all us a chance to take our Nation to greatest heights. Sh. NarendraModiji has utmost faith in youth of the country and believes that the youth will contribute immensely towards promoting #DigitalPaisa – a pro people scheme.”

He further added that in our country today, more than 1 billion people use mobile phones and over 30 crore have smartphones. It is interesting to note that number of mobile phone users is increasing at an approximate rate of 11 crore per day. Additionally, all banks across the country, be it government run, co-operative or private banks, all are offering debit card / credit card to their customers efficiently. Given to these statistics, it should not be challenging to move towards cashless transactions.

Anurag Thakur said, “I do agree that with Rs. 500 and Rs. 1000 notes being banned, people would have faced and might continue to face problem for another month. However, one must see the farsighted benefits of this initiative. :

Under the aegis of Sh. NarendraModiji, the country has achieved political freedom, while economic and social freedom was yet to be achieved. This step would definitely move towards significantly reducing the economic and social differences prevalent in the society. In addition to this, in the coming 15 years, India will certainly achieve the position of Economic Leader in the world. There will be no traces of corruption in our country and the world will witness this transformation.”