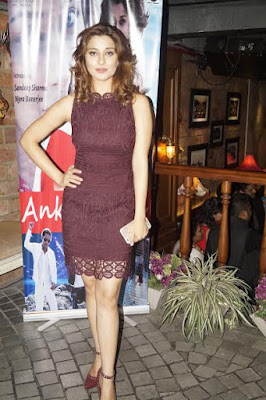 The much awaited song 'Ankhiyaan' released which  is a single composed by DJ Amit and DJ Tarun which is  sung by Adhyan. The song is produced by Zee music Productions and is written by Sandeep sharma.

The song has been shot in 4 days in 3 different island near Pattaya. Vishnu Deva the most promising choreographer in bollywood who has earlier worked with Anand Kumar in his films choreographed the song beautifully.

The song feautures Nyra Banerji, a popular Telugu actress who has also worked in many hindi films, the last been 'One night stand'.Asked about her experience, she said "In real life I am an introvert but I dont know what happens when I see the camera. I believe as an actor you have to show different shades of yourself. So, yes the shooting for the song was an amazing experience for me."

Anand Kumar revealed that he was so impressed with the composers DJ Amit and DJ Tarun that he chose the two for his underproduction film "JULIET XTAPE".

Anand Kumar who has directed the films 'Zila Gaziabad', 'Delhi Heights' and 'Desi Kattey' has directed a song for the first time.