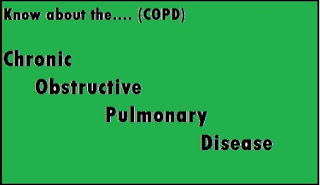 Once again the air pollution levels in Delhi is on alarming mark and it has been witnessing difficult situation. People are forced to face the situation which has reached at a record high alarming condition. The revised timings for bursting fireworks, extension of the ban on the entry of trucks, restrictions on construction, polluting industries and crop burning in the adjoining states all are the factors behind the worst situation of the air pollution level in the capital.
According to the Office of the Environment Minister, Govt. of Delhi, the stubble plume from north-west regions has become one of the significant factors in adversely affecting Delhi’s air quality.

It has been said that the effective stubble fire counts of Haryana and Punjab have increased from 1654 to 2577 during the past 24 hours, which is a matter of extreme concern for the residents of Delhi.

It is to be noted that Delhi city is going through a bad period with reference to ambient air quality after celebrating one of the cleanest Diwali in last few years .The overall pollution level during Diwali period of current year (2019) was found to be better than past many years. Boundary layer winds speed also helped to flush out additional load of last night.

Little emphasis on Sexual and Reproductive Health and Right: Survey

Studies indicate that such long-term exposure to pollution can reduce life expectancy by altering lung function and making people more susceptible to COPD. In a report published by WHO, it recognized that air pollution is a critical risk factor for non-communicable diseases (NCDs), causing an estimated 43 percent of all adult deaths from COPD.

Stress on need for spread of transcendental meditation and yoga

COPD, also known as Chronic Obstructive Pulmonary Disease is a group of progressive lung diseases including emphysema, chronic bronchitis, and refractory (non-reversible) asthma which causes difficulty in breathing and severe exacerbation. The symptoms of COPD like chronic dry cough or cough with phlegm, shortness of breath or wheezing are often confused with asthma or other respiratory disorders. Hence, the disease is often misdiagnosed, contributing to further worsening of the quality of life. The disease is irreversible and can only be managed with effective treatment.

Studies reveal that, about 33.6 percent of COPD disability adjusted life years (DALYs) could be attributed to ambient air pollution, 25.8 percent to household air pollution and 21 percent to smoking.

Despite being the leading cause of mortality amongst all non-communicable diseases, COPD receives scant attention as a women’s health issue. It has been found that women are more likely to die of COPD than of breast and lung cancer combined.

According to Dr. Sandeep Nayar, Director & HOD-BLK Centre for Chest & Respiratory Diseases, BLK Super Speciality Hospital, New Delhi, “Once again, the citizens of Delhi-NCR are battling the annual phenomenon of severe air pollution and smog. The current level of pollution is extremely dangerous for human health, and prolonged exposure is the key risk factor for developing several respiratory diseases, including COPD.

He further added that though the progression of COPD is comparatively slow, it is an irreversible disease and accounts for high death rates and hospitalizations. Therefore, it is important for patients to not ignore symptoms like chronic dry cough, cough with phlegm, shortness of breath or wheezing. The symptoms of COPD should not be confused with asthma or other respiratory diseases as it delays treatment. It is most advisable to consult a pulmonologist if one experiences any of these symptoms frequently or for a prolonged duration. Advanced treatment options can help improve patient’s quality of life and improve further progression of the disease.”

Women are more susceptible to chronic obstructive pulmonary disease (COPD) than men.[5] The number of new cases of COPD is growing nearly three times faster in women than in men every year.

Women living with COPD have more disease flare-ups and use more healthcare resources. There is also higher prevalence of other co-existing diseases such as anxiety and depression, in female COPD patients.

In India, 70 percent of the homes use biomass fuel for cooking and heating purposes in poorly ventilated kitchens and the amount of particulate matter pollution generated by the burning of biomass fuel is extremely high[7]. Biomass fuels are now considered a major cause for development of COPD.
Spinal Cord Injury- How to Care in Emerging India; Expert view

Dr. Ashok Mahasur, Consultant Chest Physician, Hinduja Hospital, Mumbai says, “A significant number of working women in tier 1 and 2 cities, who mostly have a hectic work schedule have started indulging in social smoking or are exposed to passive smoke at their workplaces. They often don’t realize that they are placing their health at risk which could result in chronic irreversible diseases like COPD. Previously COPD was found to be more common in men, however, due to comparably high levels of tobacco smoking among women especially in high income urban centers, the disease now affects men and women almost equally.”

Preventing exacerbations is one of the primary goals of long-term care for COPD patients. These episodes have a detrimental effect on quality of life and disease progression, contributing to further lung function decline and, in severe cases, hospitalizationand even death.

Overweight or Obese, a major factor leading to many lifestyle diseases; Experts View

As per the FLAME study, published by the New England Journal of Medicine, LABA/LAMA dual bronchodilator significantly reduced the rate reduced the rate of moderate or severe exacerbations with a 17% risk reduction and prolonged the time to the first of these episodes with a 22% risk reduction, amongst COPD patients.
=======
Note: Please note that the tips/suggestions mentioned in the article are only for general information purposes to keep you updated about the issue which is expected to common people and these should not be construed/ followed as professional medical advice. We recommend and request you always to consult your doctor or a professional healthcare provider if you have any specific questions about any medical matter regarding the topic.