Home » Entertainment » Gowariker set to crete another milestone in Panipat ; Based on the third Battle of Panipat

Gowariker set to crete another milestone in Panipat ; Based on the third Battle of Panipat 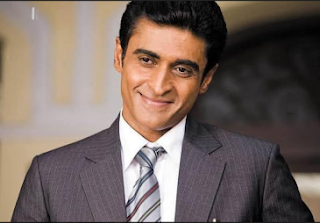 Ashutosh Gowariker’s upcoming historical drama – Panipat is based on the Third Battle of Panipat, which is one of the most epic battles in the history of India that took place on 14 January 1761 at Panipat.

The battle was fought between the northern expeditionary force of the Maratha Empire and invading forces of the King of Afghanistan, Ahmad Shah Abdali, supported by two Indian allies—the Rohilla Afghans of the Doab, and Shuja-ud-Daula, the Nawab of Awadh.

Little emphasis on Sexual and Reproductive Health and Right: Survey

The buzz around Ashutosh Gowariker’s upcoming historical drama – Panipat has been on a rise ever since the film was announced. With every new announcement, the makers of Panipat are making film buffs impatient to catch this magnum opus on the silver screen. And the latest addition to the stellar cast of Panipat is sure to stir up some more excitement.

Director Ashutosh Gowariker, who is known to bring the best of talents together for his films, has now roped in versatile actor Mohnish Bahl to play the pivotal part of Nana Saheb in this high-octane action period drama.

Speaking about the new addition to the stellar cast of Panipat, producer Sunita Gowariker said, “Mohnish is an immensely talented and versatile actor. He comes with years of experience and has never once failed to impress with his performance. Nana Saheb is one of the most important characters in our film. He has several layers to him and we needed someone who is not only a good actor but also someone who could maturely pull off the various complex shades of this character. Needless to say, Mohnish fit's in all the requirements to a tee. This is the first time AGPPL will be working with him and we are excited to have him on board.” Interestingly, this is the first time that Mohnish will be seen in a historical period drama.

The film also features Sanjay Dutt, Arjun Kapoor and Kriti Sanon in pivotal roles, and is produced by Sunita Gowariker under their home banner AGPPL in association with Rohit Shelatkar's company – Vision World. The film is scheduled to release on December 6, 2019.