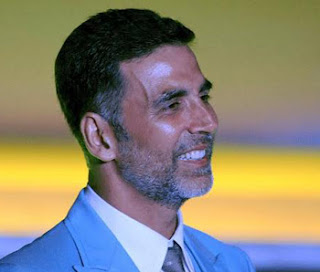 Noted Bollywood actor Akshay Kumar is celebrating his 52nd Birthday today. Happy Birthday Akshay Kumar on the day which is very special for the actor and also for his fans.

With this announcement, Akshay Kumar has made his fans crazy with the historical drama Prithviraj.
Movie Bunker: The story of the Lone Survivor at LOC Poonch in
According to media reports, the movie Prithviraj will be produced by Yash Raj Films.The historical movie will be directed by Dr Chandraprakash Dwivedi.

The biopic will be based on the life of historical personality Prithiviraj, who is considered one of the bravest rulers of the Chahamana dynasty.
Jammu Model Ankita Thakur Glorious Look: Ready for New Project
Akshay has hinted the mega announcement on his 52nd birthday and said-"Elated to share about my 1st historical film on my birthday! Humbled to have the opportunity to play a hero I look up to for his valor & values- Samrat Prithviraj Chauhan in one of my biggest films."
Hot Ankita Thakur: Set to Launch for Music videos and Films
Actor has recently played the another historical movie named-Kesari which was widely appreciated by the audiences. The movie was based on the histirical background in which 21 Sikh battles with the Afghan invaders.