Mumbai: The sexiest women in action manage to command the screen with their physical abilities and their acting skills. Those are women not be toyed with, under any circumstances. They're hot, they're highly trained and they'll kick your butt to kingdom come if given the chance. 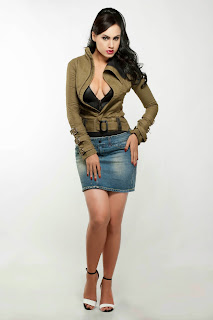 Deana Uppal was seen confronting her fears by taking part in challenging tasks. All the contestants on the show have been giving their best. However, the show seems to be getting tougher with each passing day but Deana is not stopping anyhow. Recently Deana Uppal gets rave reviews for her special appearance in the movie “Revolver Rani” with Kangana Ranaut. Critics also praises Kangana Ranaut and Deana Uppal for their outstanding performance.

Deana Uppal said, "I am having an amazing experience doing the show as I am fighting my fear out. I got to try out different stunts on the show and also made some new friends. All in all I am having a great time on the show."