Home » Entertainment » 'Lateef : The King of Crime' based on Gujarat Mafia of 1980's

New Delhi: Maker of controversial movie on 2002 Godhra Riots, Director Sharique Minhaj is now directing a movie 'Lateef - The King of Crime' on Gujarat Mafia of 1980's. In the late 1980s, Abdul Lateef, the underworld king of Gujarat. Based in Ahmedabad, politically well networked and won 5 municipal ward elections simultaneously. The movie is scheduled to release shortly and the producer of the movie is Kewal Krishna. 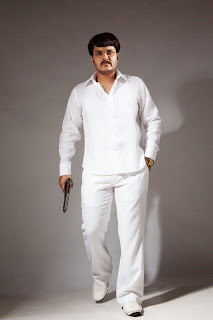 Sharique 's movie on 2002 Gujarat Riots "Chand Bhuj Gaya' had created a lot of stir in the state. The new movie is also expected to ruffle some feathers. Says Sharique Minhaj " Movies have been made on mafia's from Mumbai, Uttar Pradesh, Bihar etc and ence I decided to make a movie of the Gujarat Don. This is based on his story and not his biography as movies need to take liberties on multiple issues. "