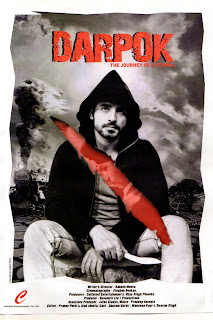 Speaking about his movie, Rakesh mehta says, "This movie is about a 28 years old young man, who is living under trauma for not able to prevent the rape of his mother when he was a kid,the vengeance leads him to take his revenge , but destiny has own way of deciding the fate. And how this young man tackles the situation? This is the story of Darpok. There has been lot of debate on the climax of this film among the jury in Cannes and I am sure, it will shake the conscious of people."

The movie was shot in Punjab. Gautam Gulati, who is currently seen in serial 'Diya Aur Batti,' plays the lead role. Others who have acted in the movie are Mandeep Kaur and Swaran Singh.