Third Edition of Sankaradeva Movement is set to organize in Mumbai

0 ArtCulture
A+ A-
Print Email

New Delhi: Third edition of Sankaradeva Movement is all set to organize on 18 th May at NCPA in Mumbai. It would be a daylong programme, in the morning a discussion on relevance of Sankaradeva in Modern India would be addressed by reputed Vaishnavi scholars like Dr. Sunil Kothari, Governor of Assam Mr. JB Patnaik, Flimmaker and top police officer Bhaskarjyoti Mahanta, Actor AdilHussain, Brand Ambassadors of Sankaradeva Movement – UstadAmjad Ali Khan & Actor Victor Banerjee etc.

It is noted that Mahapurush Sankaradeva, the greatest Assamese of all time was a versatile personality. He was a saint, poet, dramatist, actor, sculptor, painter and most importantly a social engineer who have united the heterogeneous society of Assam. However, the multifaceted genius hasn’t got his recognition outside Assam. Sankaradeva Movement is an ambitious attempt to promote the ideals of Sankaradeva and the culture of Assam across India. It is promoted by Trend MMS, the reputed Socio Cultural Trust of Assam in collaboration with NCPA, the well known for promoting Art and Culture in the country. 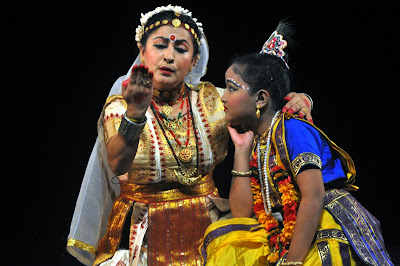 In 2012, Sankaradeva Movement was organised in Delhi, in 2013, in Bengaluru with support from Assamese community in these areas. Both these events got widespread publicity in National and regional media and got attention from all quarters.

This year, it is being organised in Mumbai’s most famous cultural destination, NCPA Auditorium, Mumbai on 18th May, 2014. In the evening a Grand Cultural Programme is organised showcasing the colorful culture of Assam. The reputed Marathi singer Ashwini Bhide Deshpande and Bhajan Samarat Anup Jalota would perform Borgeet in the function which would be hosted by famous TV presenter Mr. Sidharth Kak.

Entrepreneur and Cultural Activist, Mr. Shyamkanu Mahanta who is driving these initiatives informed that through Sankaradeva we are trying to showcase Assam, its egalitarian society. Mr. Mahanta informed that at a time, when Assam is facing conflicts, distrust amongst communities, it is an attempt to look inward and also to highlight Sankaradeva and the culture of the State across India.

Mr. Mahanta also informed that some of the Bollywood top personalities have already confirmed presence during the event apart from top intellectuals of Mumbai. Assamese community in Mumbai is actively involved in inviting and organizing this iconic initiatives, considered biggest ever event to promote Assam outside.