Home » LifeStyle » Arun Jaitley had the Credit for Union Budget 2014: The glimpse of Modi's Good Days

Arun Jaitley had the Credit for Union Budget 2014: The glimpse of Modi's Good Days

0 LifeStyle
A+ A-
Print Email
BJP leader Arun Jaitley and the former Finance Minister has passed away from a prolonged illness at AIIMS in New Delhi. Jaitley has the credit to present the First Key Budget 2014 for the Modi Government made in 2014. The Budget was the Glimpse of Modi's Good Days.

New Delhi: As it was expected, the budget presented by the Union Finance Minister Arun Jaitley has fulfilled the expectation of the people as it was envisaged by Prime Minster narendra Modi during the election campaigning.
Arun Jaitley: Biography and Journey of the Troubleshooter of BJP
In his maiden budget, Union Finance Minister Arun Jaitley proposes Rs. 200 crore for power reforms and Rs. 500 crore for water reforms to make Delhi a truly World Class City. Making his maiden Budget Speech in Lok Sabha today, the Finance Minister announced that Rs. 50 crore is being provided to solve the long term water supply issues to the capital region. For that construction of long pending Renuka Dam would be taken up on priority, the Minister added.
Arun Jaitley: Five Facts you Need to Know
For Andaman and Nicobar Island, Shri Jaitley announced that Rs. 150 crore are being provided to tide over communication related problems of the Island. Rs. 188 crore has been set aside for Puducherry for meeting commitments for Disaster preparedness, he added.

The Government has announced to set-up Five more IITs in the Jammu & Kashmir, Chattisgrah, Goa, Andhra Pradesh and Kerala. Similarly, Five new IIMs will be set-up in the States of Himachal Pradesh, Punjab, Bihar, Odisha and Maharashtra. For this, a sum of Rs. 500 crore has been allocated in the Budget.

Presenting his Maiden Budget in Parliament here today, the Union Finance Minister Shri Arun Jaitley said that the country needs a large number of Centres of higher learning which are world class and accordingly declare to set-up Jai Prakash Narayan National Centre for Excellence in humanities in Madhya Pradesh. 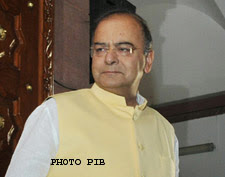 Government is committed to endeavour to have housing for all by 2022 by extending additional tax incentive on home loans to encourage people, especially the young, to own houses. It has proposed to set up a Mission on Low Cost Affordable Housing to be anchored in the National Housing Bank.

The Finance Minister Shri Arun Jaitley informed the Lok Sabha while presenting the General Budget 2014-15 that a sum of Rs 4,000 crore has been earmarked for National Housing Bank with a view to increase the flow of cheaper credit for affordable housing to the urban poor/EWS/LIG segment.

The facility of Electronic Travel Authorisation (e-Visa) shall be introduced in a phased manner at nine airports in India. Announcing this during his maiden Budget Speech in the Lok Sabha today, the Finance Minister Shri Arun Jaitley said that the necessary infrastructure would be put in place within the next six months.

Shri Jaitley said that tourism is one of the largest job creators globally. The facility of e-Visa would give a major boost to tourism in India. The countries to which e-Visa facility would be extended would be identified in a phased manner. This would further facilitate the Visa-on-Arrival facility.

The Government intends to cover every household by total sanitation by the year 2019, the 150th year of the Birth Anniversary of Mahatma Gandhi . While presenting his maiden Budget in the Lok Sabha today, the Finance Minister Shri Arun Jaitley said that the need for sanitation is of utmost importance. The Central Government is providing sources within its means, but the task of total sanitation cannot be achieved without the support of all.