Rounding out the year of young adult dystopian literature adaptations is the mysteriously intriguing film, The Maze Runner. When a young man awakens to find himself trapped inside a giant maze with a group of other young boys , he must piece together his past and outsmart whoever put him there in order to escape. Based on the best-selling novel by James Dashner, the film is set to hit theaters nationwide September 19 and stars Dylan O'Brien, Kaya Scodelario, Will Poulter.

“We’ve got stages, we’ve got crews coming in, Dylan will be back in a few weeks, we’re building sets, and the script is being written. It’s a bit of a race this time because we’re cautiously optimistic, but we’re feeling excited we’re about to do something that’s way more sophisticated, way more grown up, and really set up a saga here.” says director Wes Ball. 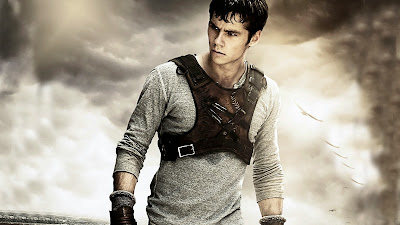 The Maze Runner is based on James Dashner’s eponymous novel and tells the story of a group of wayward teenagers who wake up in the middle of a gargantuan labyrinth with no memory of the outside world. From there, series protagonist Thomas must unlock the secrets of the maze in order to escape.

The Maze Runner is releasing on September 19th in India.