Talking about her character, Soha said "For the first time ever I will be playing a role like this. There are many situations in the movie where I had to make choice between my husband and my children which was too difficult. I can't even imagine how much pain people would have gone through at that time." 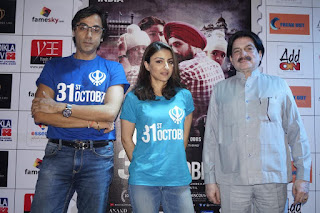 The film also faced the censor certification issue, when the producer of the film Harry Sachdeva was asked about the scenes that were chopped off from the film, he said "As artists we don't believe in censor we believe in certification. They should not interfere with the creativity of the whole team. "

"This topic should be added in the syllabus of the children just like Jallianwala Massacre" He added.


The film will release on 7th October.