Home » Entertainment » National Festival of Dance and Music 2016 in Capital

National Festival of Dance and Music 2016 in Capital

0 Entertainment
A+ A-
Print Email
Every year as a part of its endeavour to redefine and rejuvenate India’s rich cultural heritage, Natya Tarangini and Padma Bhushans Dr. Raja Radha Reddy organize the ‘Parampara Series’ – National Festival of Music and Dance in capital city, New Delhi. 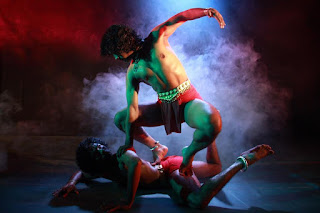 The Parampara Series 2016, which is conducted right after the soothing monsoon and just before the withering autumn, has stood firm for the last 19 years and is now synonymous with Delhi’s annual cultural scene. Over time Parampara has blended concerts by presenting classical geniuses under creative themes giving uniquely fresh approach to otherwise traditional arts forms.

This year Natya Tarangini is presenting Parampara Series from the 30th September 2016 to 2nd October 2016 from 7 pm to 9.30 pm at Kamani Auditorium (New Delhi). The festivals which will be represent some of the most successful dance productions of recent times in addition to musical concerts by legendary artists. As always the Parampara Series will showcase every evening two concerts (Dance and Music).