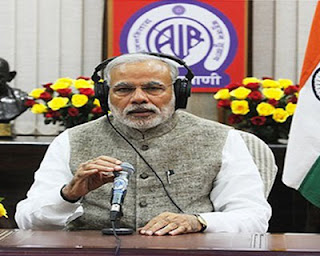 Modi said that people's support was the fountainhead of his confidence even if they were inconvenienced by the move.He further added that he had said it will take about 50 days for the situation to normalise, yet it is not easy to get rid of the 70-year-old problem" of corruption and black money so easily.

He said that people have supported the move despite severe problems touched me. You have not wavered despite efforts to misguide you.

Time ‘Person Of The Year’ Poll: Narendra Modi Leads Donald Trump and others

PM also advocated the digital economy and cashless system for the people and urged  them to start learning how the digital economy works. He said that now there is a need that they should know about how one can use mobile phones as banking devices and make payments.

He further added that people should learn the different ways for bank accounts and internet banking and adopt the method for the effectively use of the apps of various banks on your phones.

It is time to learn people about how they can run their business without cash and how the  card payments and other electronic modes of payment can help for their needs.