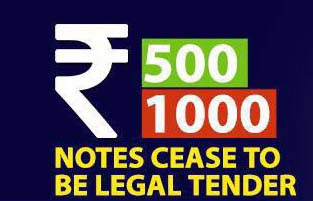 New Delhi: BJP has said that Modi government’s move towards a cashless economy, which will help India enter the league of developed nations. Citizens should use UPI, USSD, pre-paid wallets, credit/debit cards; Aadhar based payment portals and so on to help India crossover to an era of digital economy. Leader of Opposition in Delhi Assembly Vijender Gupta has said in the context of the opposition call to Bharat Bandh.

Vijender Gupta described the opposition call to Bharat Bandh a move inimical to the interests of the public. He said that the people of India should openly boycott the Bandh, which has been called by the opposition parties to protect the black money holders.

Prime Minister Sh. Narendra Modi, in his public speech at Kushinagar (Uttar Pradesh) made it clear that the entire amount of black money collected under the demonetization scheme by the government will be used for welfare of the masses. Even after 70 years of India’s independence, people who are standing on the margins of development will be provided with better education, effective healthcare with special focus on welfare of women, children and senior citizens.

The government is hopeful of garnering more than 4 lakh croresin response to the demonetization drive. When the PM has made it amply clear that the black money collected will go in the welfare programmes for the poor and the most vulnerable, then what is the rationale left behind the Bandh call?

It seems that the opposition is deeply hurt by PM’s demonetisation drive as it has emptied their black money coffers. They are unable to figure out the future of their politics.

Gupta said that wide difference exist within the opposition ranks on the decision to call a bandh. The Congress party and the Left have made it clear that they have nothing to do with the bandh call made by the West Bengal CM Mamta Banerjee and Delhi CM Arvind Kejriwal. The entire opposition is divided on the issue and it only seems that some political parties have taken this decision without any serious consideration.