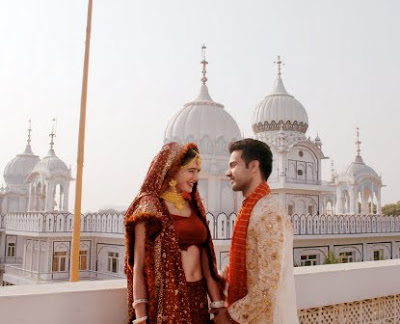 Raj and Nargis have the best chemistry ever”, says the director, Namrata Singh Gujral of 5 Weddings. While shooting for a dance sequence, the director wanted the actors, Nargis, and Rajkummar to improvise to the music. The crew on the set thought they would at least take two days to finish the shoot of this song, but the actors took everyone by surprise and even before anyone could realize both of them were taking turns in leading each other.

They were choreographing each other, laughing and having so much fun while shooting for the dance sequence, overall it turned out to be an effortlessly beautiful song.

One of the best moments of shooting on 5 Weddings of the director was the times they were just driving around in circles because the bumpy roads would not allow them to shoot. The DOP on the movie Christo Bakalov had a crazy time with the cast since they would break into a song and once you hit the smooth road they wouldn’t be in their form for him to shoot. As Namrata recalls,

Nargis Fakhri comments to a recent UK publication that, “Namrata is a dream to work with. I am very fortunate and blessed.”  To both of which Gujral responds “Raj and Nargis are both terrific actors and great human beings. We did not just have fun in there but there was absolute joy on the sets with these two bringing their crazy, loving spirits to location every day”. The film is produced & directed by USA based Namrata Gujral

This film under the banner of Amaash Films & Uniglobe Entertainment is distributed & presented by Media International in India & is all set to release in Hindi & English on 26th October, 2018.