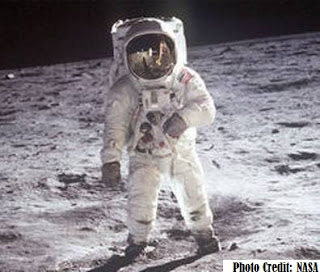 Apollo 11 Space Mission: Today i.e. 20th July is the occasion to celebrate the 50 years of Apollo 11 space mission which creates history in the race of the space and moon. It was 20 July 1969 when Apollo 11 culminated the US mission to Moon and it landed on the Moon.

Apollo 11 astronaut, Neil Armstrong scripted the history and became the first person to walk on the Moon. The other two astronauts with the Apollo 11 Mission were Buzz Aldrin and Michael Collins with Neil Armstrong. Here is all the facts about the much hyped Apollo Mission of US and its success story.

It was Neil Armstrong who became the first person to walk on the Moon with Buzz Aldrin. All were taken to the Moon by the Apollo-11 mission which was the most successful and hyped mission by USA. You should know that Apollo 17 mission which was landed on April 20, 1972 was the last human Moon and after it the Apollo mission was called off.

Apollo 1, 1967: It was the Inaugurl Mission of Apollo which was launched in 1967,
Apollo 2 and Apollo 3: It is to be noted tht these numbers were not given to any mission.