0 Entertainment
A+ A-
Print Email
The makers of Venus and Satish Kaushik’s upcoming ghost-comedy ‘Gang Of Ghosts’, who had wanted to remix Ghulam Ali’s famous ghazal ‘dasni sharab di’, roped in none other than Ghulam Ali’s sonAamir Ali for the remixed version and Aamir Ali feels that the remix will surely strike a chord with the youth.
Paoli Dam in a hot and sexy look in rain
The remixed song will feature actress Paoli Dam, who made her Bollywood debut as a femme fatale in ‘Hate Story’ and will be having her first ever item number with this film. Paoli Dam said, "I had a great time shooting for this song and i am sure that my fans will enjoy my first ever 'item number'." 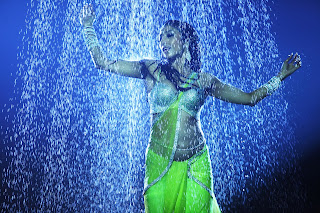 Talking about how he got associated with the film, Amir said, “ Satish Ji had attended one of my shows last year and when we met, he asked me to sing a song in his film.
Hot and Sizzling Pop Singer Aiysha Saagar
The song has been much appreciated by all and elated at the response, Aamir gushes, “I have got positive reviews about the song so far and I hope that people who are fans of the original ghazal too will like the remixed version.”
Another hot look of Paoli Dam playing with drop of rain
Venus Records and Tapes and actor-director Satish Kaushik’s ‘Gang Of Ghosts’ stars Sharman Joshi, Mahie Gill, Meera Chopra, Parambrata Chatterjee, Anupam Kher, Saurabh Shukla, Vijay Verma, Jackie Shroff, Rajesh Khattar, Chunky Pandey and other actors. The film is slated to release on March 21.