New Delhi: In a major setback for the former chief minister of Delhi, Sheila Dikshit, court has slapped a fine of Rs. 3 lakh for non appearance in a case. Taking cognizance of the non-appearance of Sheila Dikshit, for the seventh time in a row, in a defamation case filed by her against former Delhi BJP President Vijender Gupta, the court slapped a fine of Rs. 3 lakhs on her.

This is the second time that the court had to resort to such strict measures to bring the plaintiff to the court. The court had earlier imposed a fine of Rs 5,000 on Dikshit for her non-appearance, which was deposited by her in January this year.

Dikshit had filed a complaint against Gupta, who was then the Delhi BJP’s State President, alleging that the BJP leader had used “uncivilized” language against her in the run up to the MCD polls in 2012 while accusing her of helping and conniving with power companies. 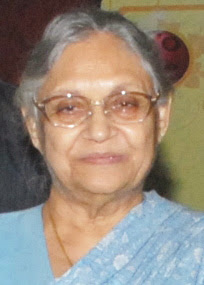 Vijender Gupta said that this court case was only a political tool used by Sheila Dikshit and her government to silence her opponents from bringing out cases of corruption and abuse of power in her 15-year tenure as the Delhi Chief Minister in full public view.

Mr. Gupta said that he has been diligently pursuing the case of misuse of public funds by the former Delhi Chief Minister for which the court even ordered registration of FIR against Dikshit. He reiterated, “My fight is far from over. I do not follow the policy of shoot and scoot. I will make sure that the case against Sheila Dikshit’s misuse of public office reaches its logical end and the guilty are punished. Only then can we restore people’s faith in the democracy.”