Transportation, water, sewage system, earthquake resistant buildings and other developmental projects were discussed during the 30-minute meeting. The leaders discussed the common grounds between Delhi and Japan and how the two can mutually benefit each other.

The main project discussed during the meeting was the Delhi Government’s project of Dedicated Elevated Bus Corridors in the city to ease out traffic congestion. 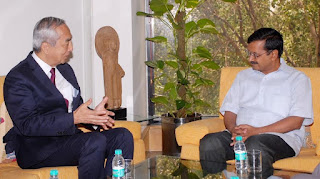 The Chief Minister also told the Ambassador that the Delhi government will like to solve any problem being faced by the Japanese nationals residing in the national capital.