Home » Entertainment » Manish Paul to share his funny videos for Science of Stupid!

Manish Paul to share his funny videos for Science of Stupid!

0 Entertainment
A+ A-
Print Email
Mumbai: Now Manish Paul is ready for his new innings. Yes, after hosting the first season of Science of Stupid last year, Manish Paul is excited to host the second season of the funny and quirky show.
The show that’s aired on National Geographic channel basically showcases recordings of people getting into accidents and Manish, as a host, explains as to why they occurred in a funny way.

Interestingly, for the second season, Manish will be sharing some funny videos that he himself shot while traveling to different locations. When the talented actor showed a couple of videos to the show’s creative team, they couldn’t control their laughter and instantly agreed to showcase them on the show. 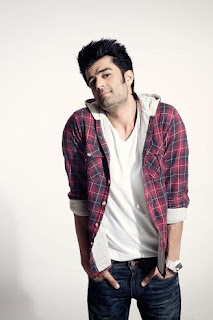 Manish, who travelled a lot recently, has videos of him bungee jumping, surfing and jet skiing among others. “These videos have turned out to be quite funny. When I went jet skiing in Istanbul, I gave my cam pro to a person and told him to shoot me. When I came back and saw the video, it only had the face of the guy shooting the video and everything else except me! In Dubai, when I went surfing I told my brother to shoot the video. Somehow I wasn’t able to get into the right position. I was getting confused about how to hold the board and get into the water. Finally, I managed, but in the video, I look hilarious,” he says.

The talented actor shot a video of the person sitting next to him on flight snoring loudly. “It was disturbing to all of us, so I shot the video and I showed it to the guy, who burst out laughing. Usually we have people sending in their videos; this time I will be showing mine,” adds Manish.