0 Entertainment
A+ A-
Print Email
Bollywood hot star Sunny Leone will be soon seen in a brief role in a romantic-drama film titled Luv U Alia. The movie will be releasing on 17th of June and Sunny will be seen grooving to a special song along with a young actor. 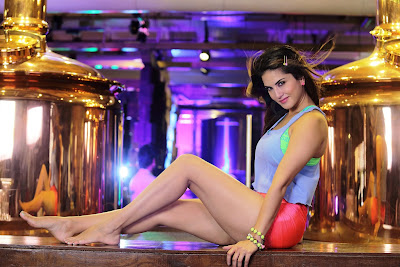 The song titled Kamakshi sees Sunny Leone in a fun and quirky avatar dancing away to the tune. The makers have released few sizzling pictures of Sunny Leone from the movie which definitely are a treat to the eyes.

Luv U Alia, which features Ravichandran, Sangeetha Chauhan and Bhumika Chawla in the lead roles, also has actor Kiccha Sudeep in a cameo.