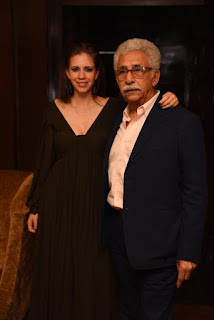 The film is about the special relationship between two people from different walks of life, who befriend each other in a hospital, while nursing their respective comatose spouses. The story of the film divulges into the themes of coping with grief and at the same time discovering hope. It was meant to be a representative of urban India and its ethos.

The film had its world premiere at the Dubai International Film Festival on 11 December 2015, and was well received by critics. The performances of both Koechlin and Shah and the narrative of the film was praised. The film was also screened at the closing gala of the London Asian Film Festival and Menon won the Best Director Award at the event. The film is scheduled for its theatrical release in India on 27 May 2016.