Home » Entertainment » In-News » Kabali Movie Review: It is all about the aged old Don Kabali (Rajnikanth)

Kabali Movie Review: It is all about the aged old Don Kabali (Rajnikanth)

0 Entertainment, In-News
A+ A-
Print Email
Film Kabali is all about the Rajinikanth who has played the role of an aged old Don who gets out of prison hoping to settle a few scores and learn about the fate of his family. Needless to say, Rajnikanth is the super and versatile hero and he has done complete justice with his role as the don Kabali.

Director Pa Ranjith has been successful in his attempt to capture the fiery but emotional touch of Kaali which makes the movie an extraordinary.

Story: The movie is set in Malaysia, but the elements of the story are completely different from the other films based on the gangsters.  Movie opens with the release of Kabali (Rajinikanth) from the jail after 25 years. Meanwhile his rival  Tony Lee (Winston Chao) and Veera (a miscast Kishore) have fulfilled the gap for these years. Certainly they have become the most powerful gang in the area. However  Kabali, is not only in the mood to settle his scores with his rivals, actually he has to find out his then-pregnant wife, whom he had left fighting for life when he was arrested. 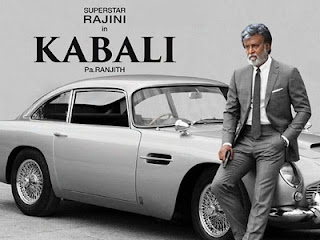 There is no need to say about the acting of the Ranjikanth and he has proved the fact once again in the movie. Kabali's strength and weakness all is about him and he had done complete justice with his role.  However  some of the scenes work individually with their mass moments or poignancy, these scenes do not really come together as whole. And the in-between scenes are mostly exposition and loads of it.