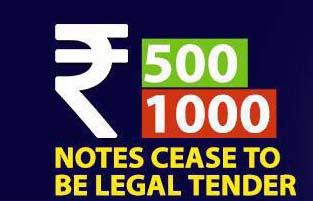 New Delhi: BJP has countered the allegations by Delhi Chief Minister on the issue of denmonitization. Leader of Opposition in Delhi Assembly Vijender Gupta has said that huge black money held by AAP has turned junk with the of demonetization of currency by Modi Govt. As a result, desperate National Convener of AAP and CM of Delhi Arvind Kejriwal has lost his patience and is therefore demanding withdrawal of historic step taken by the Union Govt. taking it to be anti poor. He has joined hands with Congress Party, Samajwadi Party and Bahujan Samaj Party.

Kejriwal himself being an officer of Indian Revenue Service does not understand this simple thing or habitually he is misleading the people intentionally. Kejriwal has leveled allegations against the BJP & the Union Govt.  two dozen times by releasing videos without any evidence. Therefore the people do not take his public statements seriously.

AAP had come to power in the name of ending corruption in the country. CM Kejriwal had been attacking BJP by saying why the promise of Modi Ji is not fulfilled even after his Govt. came to power. When this promise was fulfilled on night of 8th November when 500 and 1000 Rupees notes were suddenly demonetized, all parties, including AAP of Arvind Kejriwal, are worried about their future. The criticism by all opposition parties of courageous decision of the Govt. which is being welcomed by all countrymen shows that their existence has been based on black money.

LOP added that decision of Govt. to demonetize currency will ensure that about 5 lakh crores of rupees will come out of chests of tax evaders and fill up the coffers of the Govt.. Union Govt. collected about rupees 65 thousand crores in tax amnesty scheme. This money will accelerate the pace of ongoing developmental works for the society. This will benefit 70% population of the country who have no means to lead life honorably.