Home » Entertainment » 'Rogue One: A star Wars story' Met the cameos in the movie

'Rogue One: A star Wars story' Met the cameos in the movie 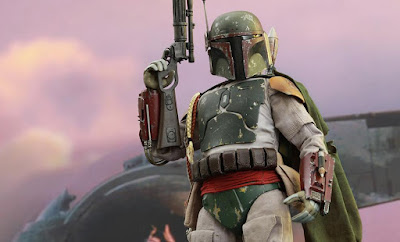 “Rogue One” tells the story of a group of unlikely heroes, who in a time of conflict band together on a mission to steal the plans to the Death Star, the Empire’s ultimate weapon of destruction. This key event in the Star Wars timeline brings together ordinary people who choose to do extraordinary things, and in doing so, become part of something greater than themselves.

Thanks to Disney, there'll be a Star Wars film every year until at least 2020, and now that Rogue One is due for its December release, fans are palpable with excitement guessing on which memorable characters will appear in the film! We take you through to the top most anticipated and rumored cameos in Rogue One are R2-D2: The biggest hero in all of Star Wars? Given the huge part he's played in the downfall of the Empire, and the lives he's saved along the way, it's hard to argue with saying it's R2-D2. He's such a key figure in the Star Wars universe, and fits in the timeline, fans are hoping for the bot to have an appearance in this one!

C3PO: If R2-D2 is a key part of the Star Wars universe, then that goes just as much for C-3PO. Despite his oblivious nature, C-3PO has played a pivotal role in the Galaxy's history, appearing under the service of Shmi Skywalker, the Lars homestead,Padmé Amidala, Raymus Antilles, Luke Skywalker, and Leia Organa.

Princess Leia: Leia has already appeared on Star Wars Rebels, so she was definitely part of the Rebel Alliance long before the events of A New Hope. Fans are hoping to see Leia in command of a Rebel control centre, helping to organise the attack.

Boba Fett: The have been numerous rumours and reports that Boba Fett would either be getting his own spin-off movie, appearing in the Han Solo movie, or most recently having a part to play in Rogue One. He's by far the most recognisable bounty hunter around, and a massive fan favourite. This is one that seems to have some ground, thanks to a leaked Lego box image that appears to show Slave 1 in Rogue One.

Bail Organa: Jimmy Smits, who played Bail Organa in “Attack of the Clones” and “Revenge of the Sith,” confirmed that he will show up in “Rogue One.” Star Wars fans will know that Bail Organa was the adoptive father to Princess Leia.

Darth Vader: Princess Leia's biological father Darth Vader is already shown in the trailer. James Earl Jones will   be back to voice the character again, which isn't too much of a surprise given he is so crucial to the role, and has already returned to it for Star Wars Rebels.

Han Solo: Rumours are abound that Han Solo will have a small cameo to introduce the new actor playing a young version of the character, before his own spin-off movie in 2018, perhaps interacting with the Rebel spies or even bounty hunters, which would fit with the timeline and the debt he owes to Jabba the Hutt.