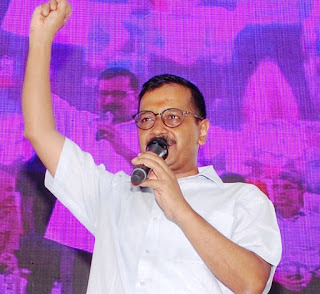 In a bid to make rapid strides in making the city’s public transportation system world class, the Delhi Government has taken a major step forward in its vision to be a leader in public transportation through promoting transparency and data-driven operations with the launch of the new Open Transit Data (OTD) platform.

The OTD portal was designed and developed by IIIT Delhi on behalf of the Delhi government, and with the support of DIMTS and DTC that run the city bus services. In the beta version launched today, real-time data of around 1700 buses operated under Cluster scheme will be provided and the data of DTC and DMRC metro feeder buses is also expected to be added shortly.

Transport Minister Mr kailasah Gahlot sait, “Delhi government is making rapid strides in making the city’s public transportation system world class and the launch of Open Transit Data portal is a major step in that direction. Our team has closely studied similar initiatives by Singapore and London and we are committed to providing a similar quality of service and transparency of our transit data. Eventually, this initiative will provide a lot of useful information at the finger tips of citizens and encourage more and more people to switch to public transport, thereby impacting pollution.”

With this new initiative, the government aims to promote collaboration and co-creation of innovative and inclusive transport solutions with enterprises, third-party developers and researchers.

OTD portal provides a wealth of information in static and real-time datasets completely free of cost and at the click of a button such as geo-coordinates of all bus stops, route maps, timetables as well as the real time GPS feeds of bus locations every 10 seconds.

All these datasets are being provided in a machine-readable and globally-accepted transit data standard called the General Transit Feed Specification (GTFS). This will enable hundreds of app-builders to provide transit related services like Estimated Time of Arrival (ETA) at any bus stop, position of the vehicle, alert and diversion messages etc.