Home » In-News » MS Dhoni : A name that changed the face of Indian cricket

MS Dhoni : A name that changed the face of Indian cricket 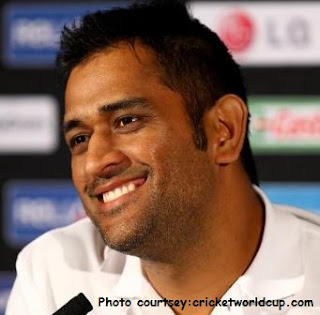 MS Dhoni:  Former captain MS Dhoni announced his retirement in the same manner like he is known to be Mr. Cool...However he chose the 74th Independence Day i.e. 15 August 2020 to announce the same. The news regarding his retirement came in light with his Instagram Post in which he shared the same.
It is to be noted that On the occassion of 38th birthday here is a glorious gift for him by ICC...Yes ICC has has released a video dedicated to Dhoni Cricket contribution and his achievements  on ground ICC has termed MS Dhoni as A name that changed the face of Indian cricket and shared a video just before his birthday.

The Video covers all the golden moments of Dhoni's career. Certainly the gift by ICC to Dhoni is crucial for all of Indian and for Dhoni fans also. Dhoni is right now in England and busy in playing ICC World Cup  2019.
MS Dhoni: Amazing Things You Need to Know about Captain Cool

The aggression of MS Dhoni is enough to display during the ground but he never give up his coolness and perhaps it is the only thing which keeps him separate to other. He never lose his winning stint but being cool and calm which made him Captain Cool for his fans.


Watch the Video Shared By ICC

Out of much achievement for the country, Dhoni has become the only Indian captain who has win three ICC trophies for the country. First when India won the inaugural World T20 in 2007 in which India played under his captainship. It was the inaugural T20 trophy and Indian will never forget the game and Captain Cool's strategy which helped India in winning the trophy.
Biopic '83: What a Resemblance or Ranveer Singh with Kapil

Dhoni has remained a recipient of the ICC Player of the year award for consecutive years in 2008 and 2009. For his performances in the Cricket, he has been awarded with the Rajiv Gandhi Khel Ratna award in 2007 and the Padma Shri award in 2009.