0 In-News, Top-News
A+ A-
Print Email
In a major changing events, now it is clear that  BJP's state chief Vijay Rupani will be the next chief minister of Gujarat. Senior minister Nitin Patel,who was in race for the post of CM in the state, now will be deputy CM of the state.

Rupani is undertstood as the formidable organisational skills and party has hope that he will keep alive the hope of people in the state. Parth has to face assembly election in Gujarat in next year and hence precaution has been taken and Rupani has been assigned the chair of CM in the state.

Rupani started his career as a ABVP member and he was jailed during the 1975 Emergency. 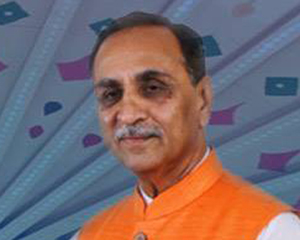 Rupani has been the president of the Gujarat BJP since Feb 2016 before his selectin as the CM of the State. He was inducted in Anandiben Patel’s cabinet last year as water supply, transport, labour and employment minister.

Mr. Rupani represents Rajkot West in the Gujarat Assembly.He has been the Mayor of Rajkot and served as minister in the cabinet of Narendra Modi.

He will also have to lead the party to victory in the 2017 Assembly Election.