Home » In-News » Chandrayaan 2 Landing: PM to Scientists- Some Hurdles Cannot Put its Flight Out of Trajectory

Chandrayaan 2 Landing: PM to Scientists- Some Hurdles Cannot Put its Flight Out of Trajectory 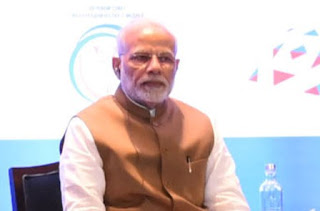 Chandrayaan 2 Landing: PM Narendra Modi has said that India is with its scientist at this moment and the best is yet to come in our space programme. He was addressing the Indian Scientist at Bengaluru's ISRO control centre hours after India lost contact with Chandrayaan-2 lander Vikram.
Addressing to the scientists, Prime Minister Narendra Modi said that he came here to learn something from these scientists. He said that learning’s from today will make us stronger and better and certainly there will be a new dawn.

It is noted that the Chandrayaan-2's landing module Vikram went silent before just landing on the Lunar Surface at the last moment after a 47 day journey of the mission.

However India is the first country which has sent its mission to the South Pole of the Moon. Prime Minister Narendra Modi has praised ISRO Scientist's effort and said that entire nation is with you.